REDMOND, Wash.–(BUSINESS WIRE)–In a new Nintendo Direct video presentation, Nintendo announced that Super
Mario Maker 2, a sequel to the groundbreaking original game, and
a stylish re-imagining of The
Legend of Zelda: Link’s Awakening are both launching this year
for the Nintendo
Switch™ system. The video also revealed ASTRAL
CHAIN, a new action game from PlatinumGames exclusive to
Nintendo Switch. 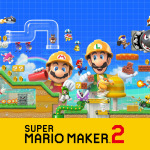 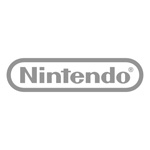 In addition to introducing other acclaimed titles coming to Nintendo
Switch, like Hellblade:
Senua’s Sacrifice and Bloodstained:
Ritual of the Night, the video also provided more details about
upcoming Nintendo games like Fire
Emblem: Three Houses, Yoshi’s
Crafted World, DAEMON
X MACHINA and MARVEL
ULTIMATE ALLIANCE 3: The Black Order, among many others.
Nintendo Switch will also be home to BOXBOY!
+ BOXGIRL!, the next iteration in the charming puzzle-platformer
series coming to Nintendo eShop.

“Every game covered in this Nintendo Direct is slated for launch for
Nintendo Switch this year,” said Doug Bowser, Nintendo of America’s
Senior Vice President of Sales and Marketing. “Whether you’re looking
for new games in classic franchises, new content for existing hits or
completely new experiences, Nintendo Switch has something for everyone
over the next several months alone.”

To view the Nintendo Direct video in its entirety, visit https://www.nintendo.com/nintendo-direct.
Some of the highlights revealed in the video include:

Remember that Nintendo Switch features parental
controls that let adults manage the content their children can
access. For more information about other features, visit https://www.nintendo.com/switch/.

About Nintendo: The worldwide pioneer in the creation of
interactive entertainment, Nintendo Co., Ltd., of Kyoto, Japan,
manufactures and markets hardware and software for its Nintendo Switch™
system and the Nintendo 3DS™ family of portable systems.
Since 1983, when it launched the Nintendo Entertainment System™,
Nintendo has sold more than 4.7 billion video games and more than 740
million hardware units globally, including Nintendo Switch and the
Nintendo 3DS family of systems, as well as the Game Boy™,
Game Boy Advance, Nintendo DS™ family of systems, Super NES™,
Nintendo 64™, Nintendo GameCube™, Wii™
and Wii U™ systems. It has also created industry icons that
have become well-known, household names, such as Mario, Donkey Kong,
Metroid, Zelda and Pokémon. A wholly owned subsidiary, Nintendo of
America Inc., based in Redmond, Wash., serves as headquarters for
Nintendo’s operations in the Americas. For more information about
Nintendo, please visit the company’s website at https://www.nintendo.com/.

About Marvel Entertainment: Marvel Entertainment, LLC, a
wholly-owned subsidiary of The Walt Disney Company, is one of the
world’s most prominent character-based entertainment companies, built on
a proven library of more than 8,000 characters featured in a variety of
media over eighty years. Marvel utilizes its character franchises in
entertainment, licensing, publishing, games, and digital media.

Note to editors: Nintendo press materials are available at https://press.nintendo.com,
a password-protected site. To obtain a login, please register on the
site.

Use code CEN to get 15% off Ewin gaming chairs

You may have missed